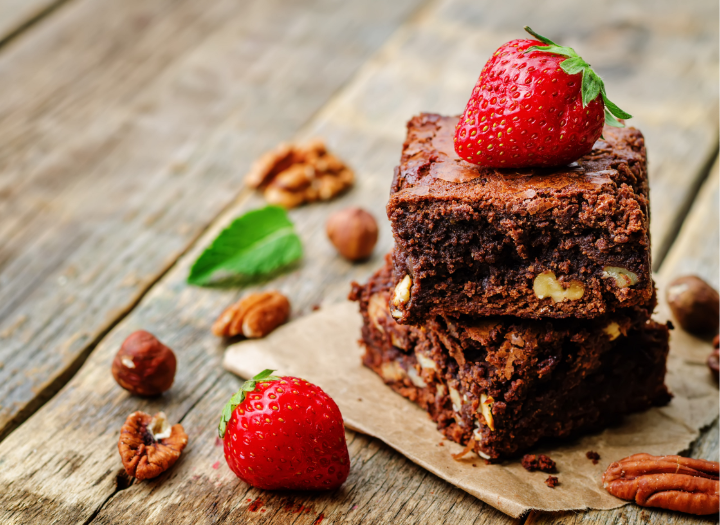 Brownie was made in America in the late 19th century and became a favorite dessert in Canada. A business lady Bertha Palmer wanted a confectioner to make delicious sweets for the women who would be attending the Chicago World Columbia Exhibition. The confectioner prepared a recipe that tasted like a cake and could be added to the dinner set. That person used brown granulated sugar, flour, melted butter, chocolate and cookies in the brownie recipe. A very soft and delicious dessert is made. Bertha Palmer liked this dessert so much that they started serving it to guests in the hotel named after their surname Palmer.

Currently, Brownie is served with ice cream, caramel, cream cheese. Those who like a lot of chocolate can taste Brownie by adding melted chocolate to it.

There are two types of Brownie called cakey and fudgy.

BESTING Brownie mix also tastes like a real American brownie. BESTING offers a mix that combines perfect wet and full chocolate flavor to taste brownie within a short time. You can get both chocolate and Brownie mix from BESTING to make a Brownie.

Our other articles: You will create a work of art out of Besting sugar paste